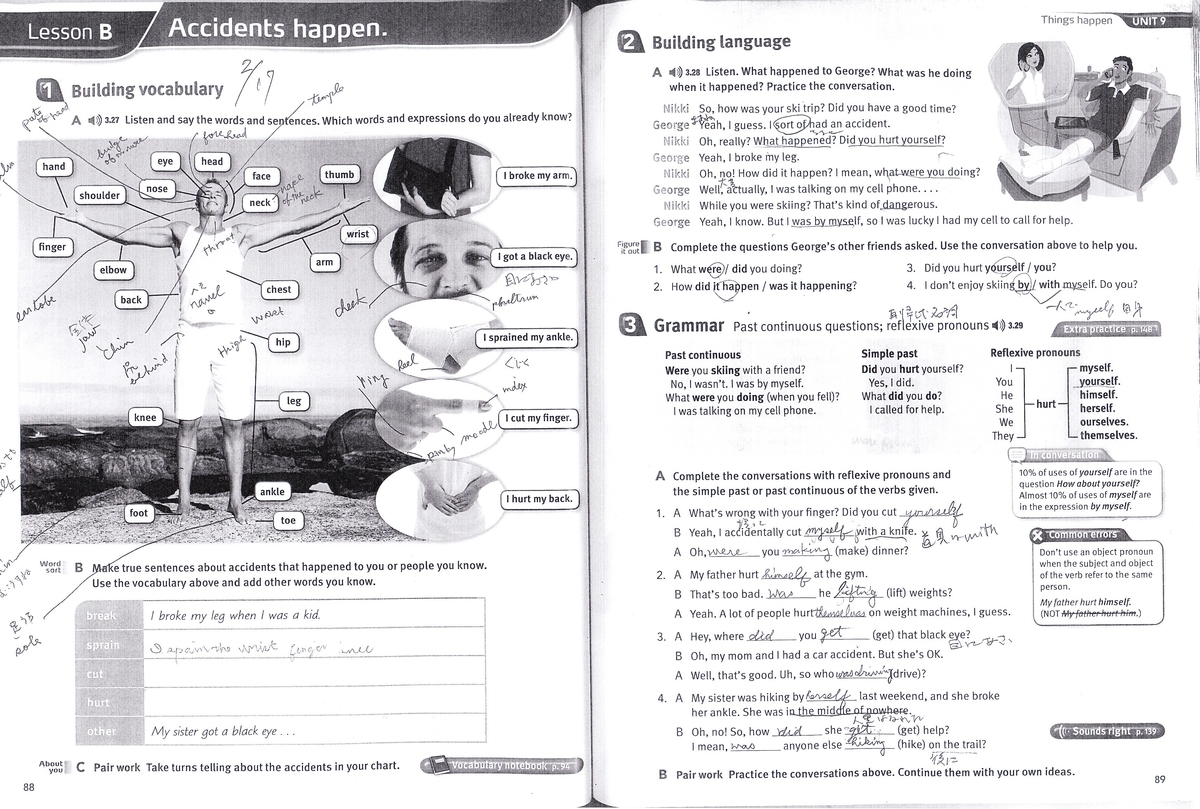 Q1 Who had an accident?

Q2  What was he doing while he had accident?

A2  He was talking on his cell phone.

A3 He called for help. 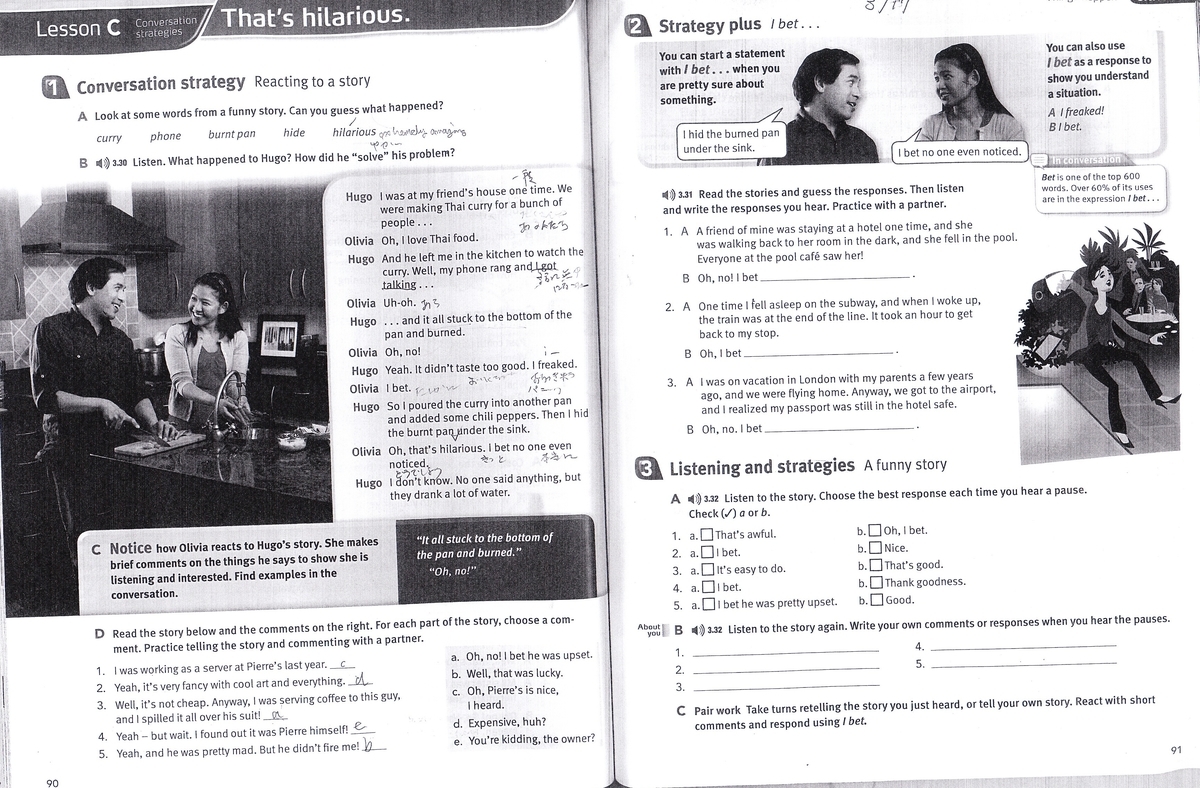 Q1 Why did his friend leave him in the kitchen?

A1 Because his friend wanted him to watch the pan.

Q2 Who said to notice the burned pan?

2.Today's chips in the class

3.Here is a talk from ラジオ英会話.

Topic is script to criticize inconsistency between saying  and action, the deviation from the figure which there should be, corect the angry tone of voice, soften the critical attitude.

First story is a couple are talking about one's secret.

a  Doug, do you have a minute?

b Sure, what's wrong?

a  I'm a little confused. Everybody seems to know I got accepted into Columbia University.

a Yes, and I didn't tell anybody about it , except you.

You promised you wouldn't tell anybody, but  you could't keep your mouth.

I can't believe you did that.

b Shiho, they figured it out by themselves. Anyway Why do you have to keep it a cecret?

a I have my reasons.

key sentence is you promise you wouldn't tell anybody, but you couldn't keep your mouth shut.

She criticizes his inconsistency between saying and action.

You said you would paye back, but I ６

He will backstab his coworkers in order to get promoted.

Actions speak louder than words. Just do it.

a Hiroki, can I talk to you for a second?

b Sure. It's about the meeting, right?

a Yes, why did you blow your top at the marketing manager?  It's not like you at all.

b Donald said my sales plan was unrealistic.

a He's said that to you before. I guess you were in a bad mood.

b Well, to be honest, I haven't had much sleep lately.

a Hey, let's go out for a beer tonight. It's Friday night.

key sentence is Why did you blow your top at the marketing manager?  It's not like youat all.

She  criticizes his deviation from the figure which there should be.

You should know better than to trust Fred.

He's always thinks of himself.

To be a teacher, you should boost the students' confidence, not putting them down.

a Wow. Look at the old fogies in the audience today.

b Hey, watch your mouth! Someone will hear you.

a Who cares? I wonder why so many folks are coming to Desperate Rats concerts now.

b It's probably because the new lead singer sounds like John Lennon.

a Oh, so they feel nostalgia, then?

a I think so. But we all get older, so respect your elders!

b OK, but rock'n'roll is for the young, man!

key sentence is watch your mouth! Someone will hear you.

She corrects his bad tone of voice.

Watch your mouth! We don't use such bad language in my house.

Don't use that tone of voice with me if you want us to remain friends.

You should pay more attention to your tone of voice. That will really help you communicate more effectively.

a Kana, have you seen a smartphone lying around somewhere?

b Did you lose yours?

b Just, try to remember the last time you you used it.

a It's in the shut pocket, but it disappeared.

My entire life is in the phone. What shall I do?

b No offense, but don't you think you are overreacting? Wait. I saw you bowing over there.

key sentence is no offense, but don't you think you're overreacting?

She softens her critical attitude.

No offense, but you should try a lower level class.

Don't get me wrong. I like Tomas, but he is not ready to be a team leader.

I hope you don't mind you to saying this, this is a non-smoking area.